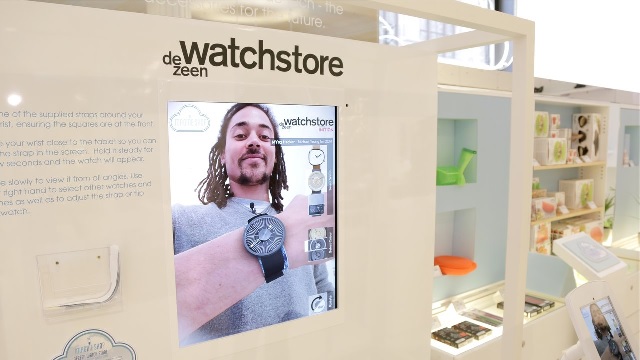 Selfridges flagship store in London has just opened a new futuristic concession called 'ImagineShop' which is part of it's Festival of Imagination. This shop will feature an augmented-reality watch store and a walk around digital model of a £300 million superyacht. The superyacht will be the biggest, most expensive item ever sold at Selfridges, as the retailer continues to try and blend digital with it's bricks & mortar channel. The ImagineShop will also feature objects that express a futuristic aesthetic or future lifestyle and include products we might use in the future such wearable technology and mind-control games. A 3D printed ping pong table is also on sale for £20,000! The technology has been provided by London augmented reality company, Inition. "Inition is excited about the opportunity bringing our emerging technology production experience to present a world-acclaimed architect's designs in a retail setting," said Inition producer Ainsley Henn. He added: "Being able to walk around a spectacular Zaha Hadid yacht as it 'floats' in front of you is very different to flicking through a traditional brochure. As far as we are aware, this is the most expensive retail item to be promoted in such a way." This is not the first time Inition have been involved in an augmented reality campaign at Selfridges. They also provided the technology behind the Tissot augmented reality watch campaign a few years ago. That campaign allowed customers to try on virtual watches using screens and cameras located inside one of the 27 main shop windows in the flagship store.