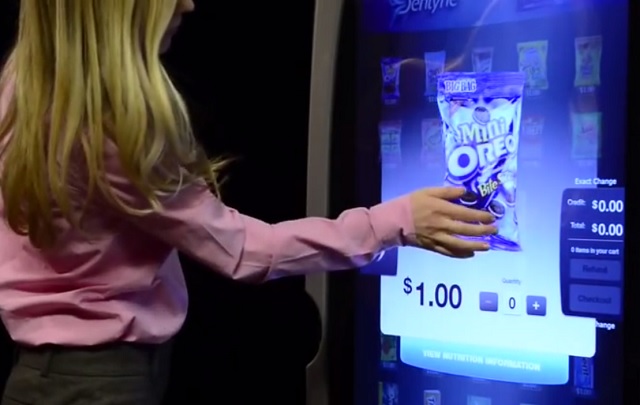 Snack food vendor Mondelez International is rolling out an initial deployment of its interactive vending machines. The vending machines feature interactive, touchscreen-enabled LED monitors, Microsoft Kinect motion sensors and NFC readers. HD motion graphics and 3D views of packaging, ingredients and nutrition facts. The initial deployment is part of a rollout occurring within the next 24 months, with a goal of 1,500 machines to be deployed in the first year. The machines will be situated in hospitals, colleges and universities, and high-traffic location types such as museums and public transit depots.