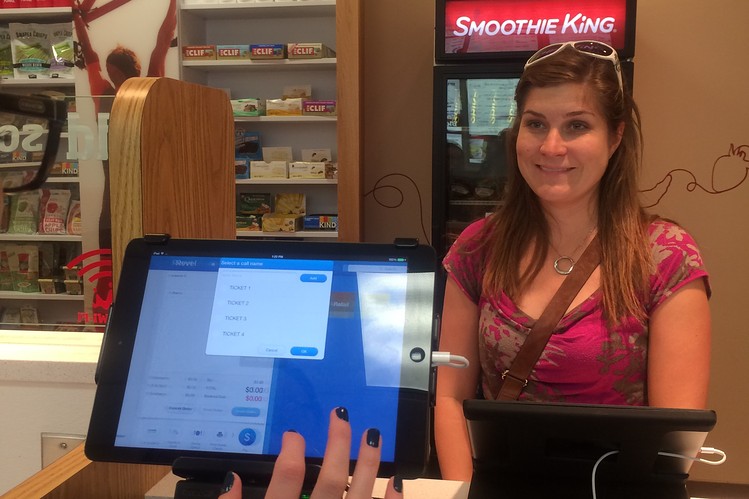 US based Smoothie King is rolling out an iPad based POS into 700 stores which will make it one of the largest iPad based POS rollouts. The iPads are linked to card readers, cash drawers, and receipt printers in an installation expected to be completed within the next 12 months. "A gating factor for the choice was the iPad’s overall security", said John Lapeyrouse, vice president of information technology for the New Orleans-based company. John Lapeyrouse, Vice President of IT at Smoothie King said, "A high priority is the ability to integrate new applications as they emerge" The system was developed by Revel Systems who have recently acquired $100 million of additional funding. Revel is counting on the deployment to validate the idea of cloud-based checkout to replace the traditional ePOS. Companies like Toshiba with it's TCXWave POS built on the popular Sterling Order Management System also believe this is the way to go. If successful then we could see retailers introducing the next generation of POS systems which have omni-channel in mind.