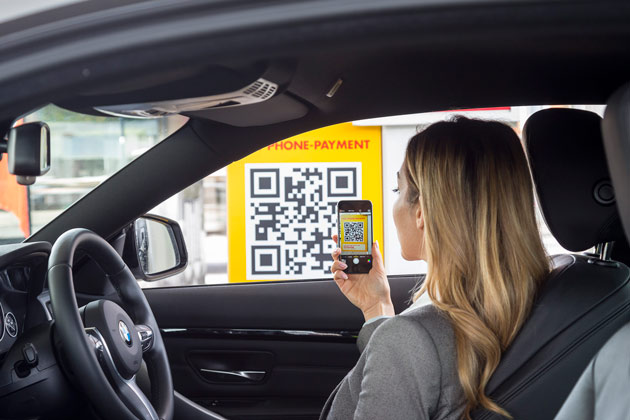 Shell is about to become the first petrol station to allow customers to pay for their petrol on their mobile phone from within their car after successfully completing a trial in 2013. The PayPal based solution will be rolled out to nearly all of Shell's 1,000 service stations in the UK. After driving into the forecourt the customer simply selects the corresponding pump on the app. The app then authenticates the transaction and the customer can then fill up and go. When refuelling is complete a receipt is automatically sent through to the phone, letting the consumer drive away, safe in the knowledge the transaction was a success. Shell will be piloting the service for invited Shell Drivers’ Club customers in April 2015, with plans to roll it out nationwide later in 2015. Michael Hominick, Retail Marketing Manager Retail at Shell UK says, “We’re committed to providing a fast, safe and secure service. We’ve listened to our customers and know they will benefit from this innovation. They will now have the flexibility and convenience of paying without having to leave their car. Those who want to go in store and pay or purchase other items will still be able to, with the benefit of reduced queues.” Rob Harper, Director, Mobile Commerce at PayPal UK says, “Today we’re announcing a UK first – we’ve created a simple and secure way to use your mobile phone to pay at the pump nationwide. At PayPal, we’ve always believed people will use their mobile phones to pay if there’s a clear benefit. With today’s announcement, we’re offering drivers a faster way to fill up their car and pay, and get back on the road.”