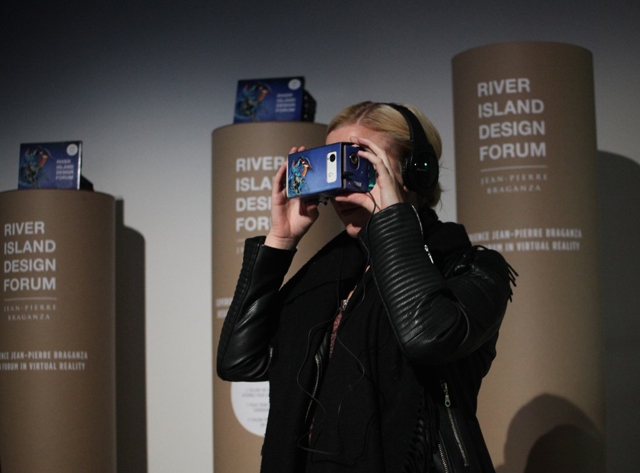 River Island customers were given the opportunity to be in the front row of London Fashion Week 2015 by turning their mobile phones into VR headsets using what Google call 'Google cardboard'. This is similar to a campaign that TopShop ran last year where they used virtual reality headsets to view their catwalk show at London Fashion Week 2014. Google cardboard is Google's response to the emergence of Facebook's Oculus Rift and the Samsung's Gear VR and retail is at the start of the journey in discovering what this technology can do to enhance the customer's experience of the brand. Ben Lewis CEO River Island said he was "excited to be the first fashion brand to pioneer" the use of Google Cardboard within the fashion arena. "Since the start of Fashion Film, sought to explore and build on the relationship between fashion and film and now with Google Cardboard via handheld mobile, we are able to reach new technology heights for the viewer." Catwalks are some of the early use cases for this VR technology; other application include viewing a holiday destination or test driving a car with VR.