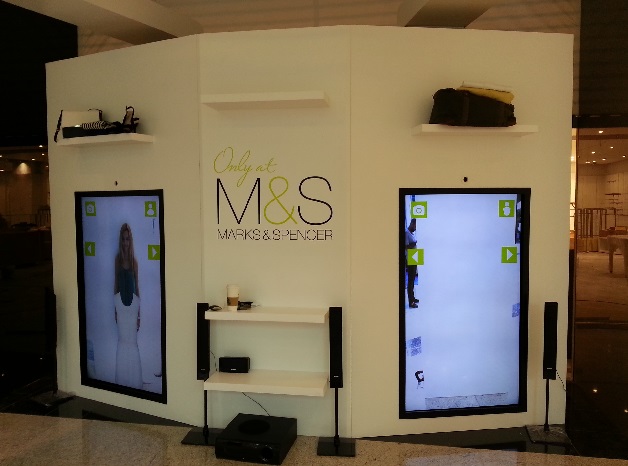 Marks & Spencer have launched a “Virtual Closet” in a couple of stores in it's Middle East region including Amman in Jordan and Lebanon. The concept is an augmented-reality screen where visitors could browse and “try on” clothes, bags and other accessories from the store’s forthcoming collection. To extend the life of the experience, users had the option to capture a photo of themselves and share it on the Marks & Spencer Arabia Facebook page. An accompanying app was also developed and released. During the campaign, nearly 7,000 women (35 percent of all female visitors) stepped into the Virtual Closet, and 62 percent of the targeted mobile users downloaded the app, which enabled them to scan QR codes on the store’s façade and experience the Marks & Spencer catalogue on their mobile device. Nearly 12,000 people shared, liked, or commented on Virtual Closet posts on the M&S Arabia Facebook page, leading to an increase of 19,500 fans in just two weeks. Hoping to replicate the Taj Mall campaign’s success, Marks & Spencer has continued with a similar multichannel approach in Asia, most recently in Beirut, in June.