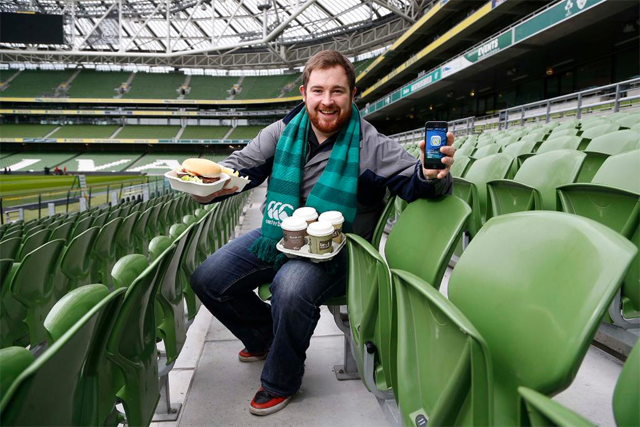 Irish Rugby have been trialling an app called RapidQ, which allows customers to pre-purchase drinks & snacks at a rugby game using a mobile app. Fans pre-order drinks and snacks on their phones from their seats then go to the bar to pick-up. When at the bar, the customer scans a QR code at the collection point and is then served the items they pre-ordered. The system reduces queues by speeding up serving times which ultimately resulting in more customers being served. The successful trial completed in early 2015 at Ireland's Aviva stadium. Compass Group Ireland’s Catering Operations Manager at the Aviva Stadium, Sean Curtis, said: "After successful trials at the stadium last year we are delighted to announce our new app, RapidQ, will be a permanent fixture at the stadium going forward including all football and music events. RapidQ will no doubt enhance the game day experiences throughout the grounds."