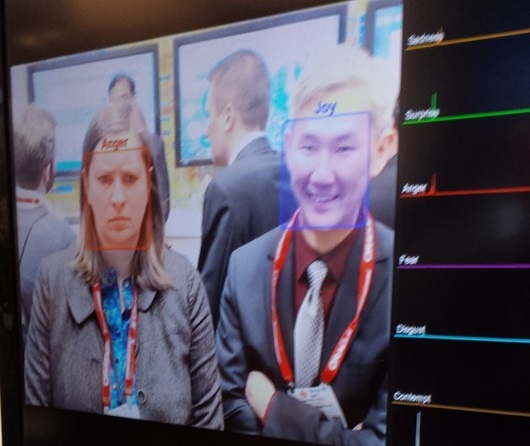 Intel have built an 'emotion sensing' technology to compliment it's facial recognition software which is already capable of estimating your gender and age. Using the emotion technology, the camera could further this by studying the viewer’s face to see if the advert is appealing to them, and if not, could quickly switch over to another advert. The technology could bridge the gap between the real and virtual world” through creating a level of interaction with our devices that goes far beyond the touch-screen. Intel, who showcased the technology at NRF - retail's largest trade show, expects that the technology will be available sometime in 2014, first in standalone webcams and then embedded into laptops. Eventually the technology would make its way into smartphones and tablets.