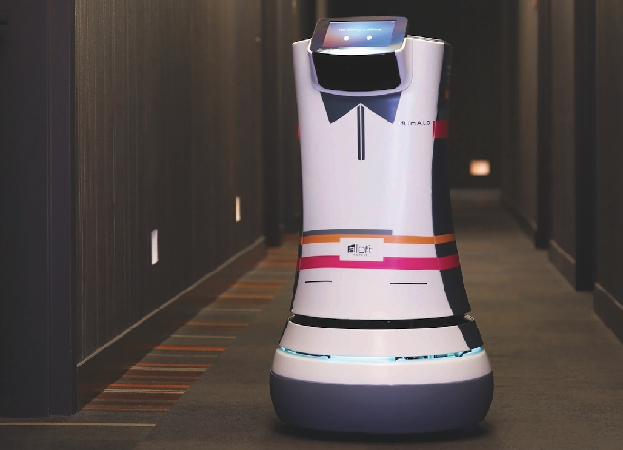 The Aloft hotel in Cupertino, California has introduced the world's first robot butler - A.L.O. The technology will ferry amenities from the front desk of the hotel to any of its 150 rooms in just three minutes or less. Using a combination of sensors to communicate with the hotel and the elevator software, the robot can get to and from the rooms without breaking anything or injuring anyone. When the robot arrives at the room, the guest can enter in a rating on the robot’s touchscreen, or offer a “tip” in the form of a tweet. Brian McGuinness, SVP Specialty Select Brands at the Starwood hotel chain, who own Aloft said, "As soon as A.L.O. entered the room, we knew it was what we were looking for. A.L.O. has the work ethic of Wall-E, the humour of Rosie from The Jetsons and reminds me of my favourite childhood robot, R2-D2." He said, "Based on the success of the pilot, we will look to roll out at our nearly 100 hotels around the world in 2015 and beyond."