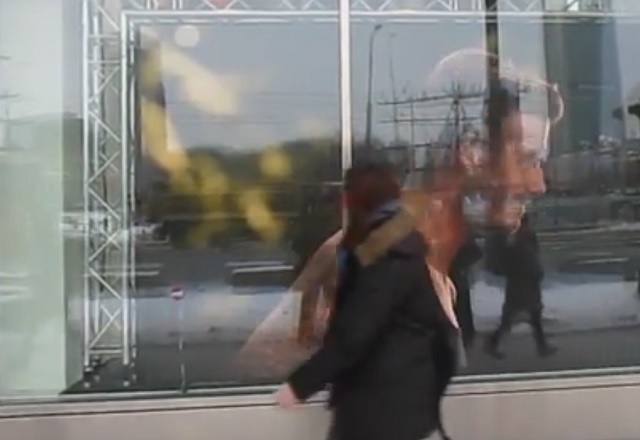 It is impossible to go shopping these days without being dazzled by big screens vying your attention and they are getting bigger and brighter! In the 80s and 90s, you might have seen big ugly CRTs (the fat TVs we all used to have in our lounge), suspended from the ceiling on hideous metal constructions that you would avoid passing under for fear of being crushed. In the last 10 years, we have seen huge advancements in screen technology enabled by the development LCDs and LEDs. Retailers are putting these modern displays inside of their stores and in their shop windows; using them to advertise the latest products & promotions. Retailers like Hollister have turned their entire shopfronts into video-walls and shopping malls have been mounting huge outdoor LED displays, not edge-lit LEDS like you see on your TV set - but screens made entirely of LEDs which make them much brighter and draw the attention. Recently a 40 metre LED screen has been launched at London Waterloo railway station. It is said to be the biggest in Europe. Retailers like H&M are now working on projects to move these giant LED screens to the store. The previous barrier had been that these screens were too low resolution to use in the store, however, with recent advancements in LED outdoor displays, these displays are coming inside the store. These are so bright that you can imagine experiences where entire walls are made of LED indoor displays. Could make for some very interesting experiences.