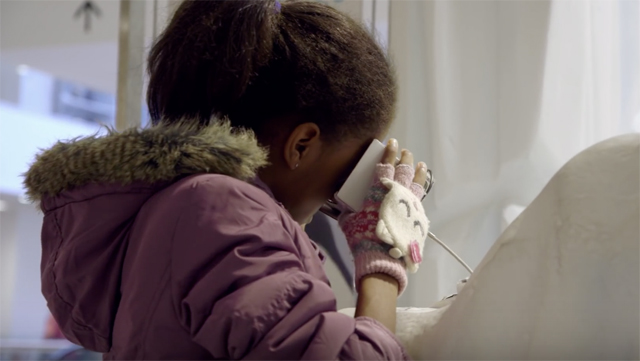 John Lewis, the UK based department store retailer, has taken Google's Cardboard virtual reality headset and used in store to allow customers to interact in a 360 degree, 3D world with characters from the campaign. The Google Cardboard concept gives Android smartphone users the ability to turn their phone into a virtual reality headset. The campaign used this as a key feature in Monty's Den which was in 41 stores over Christmas.